Join us for a day of celebration marking 10 years of Breathe’s arts and health programmes for staff, patients and visitors at Guy’s and St Thomas’ NHS Foundation Trust. Experience moments of joy, creativity and inspiration in multiple locations across Guy’s and St Thomas’ hospitals and community sites, including live music, dance, poetry and art.

Open to Guy’s & St Thomas’ staff, patients and visitors. No booking necessary for any event – just turn up! 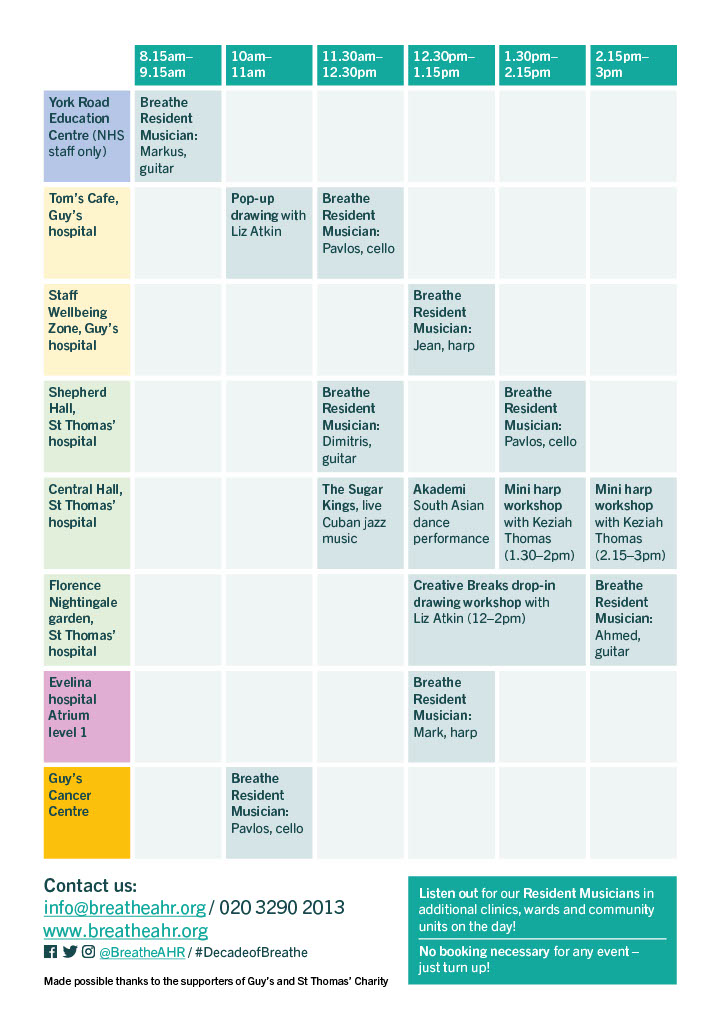 Markus is a Canadian singer/songwriter based in London, often likened to Cat Stevens, James Taylor and Passenger. A thoughtful, engaging songwriter, he regularly performs solo or with his band at festivals and events throughout the UK, and on the streets of London. 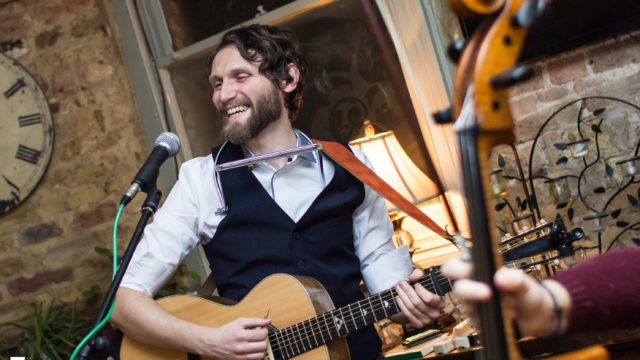 Multiple award winner Dimitris is one of the most talented guitarists of his age. Winner of more than 19 international prizes he has given solo recitals in many prestigious concert halls such as Carnegie Hall (New York), Royal Albert Hall and Wigmore Hall (London). 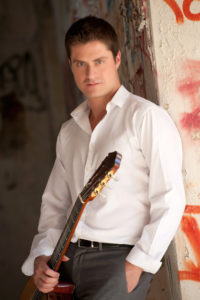 Pavlos is a cellist and bouzouki player who has worked with orchestras such as the London Philharmonic and Royal Northern Sinfonia, as well as appearing as a soloist with the Royal Philharmonic Orchestra. He regularly works in both classical and Greek Traditional music. 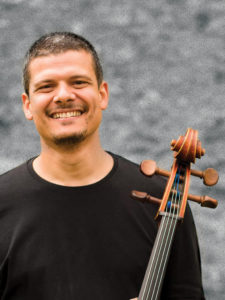 Mark specialises in a contemporary repertoire, combining original harp arrangements of Rock, Pop and Motown classics along with Modern Classical, Light Jazz and Latin styles. Mark brings a unique approach to the harp and his sets have been described as like watching a live harp DJ set. 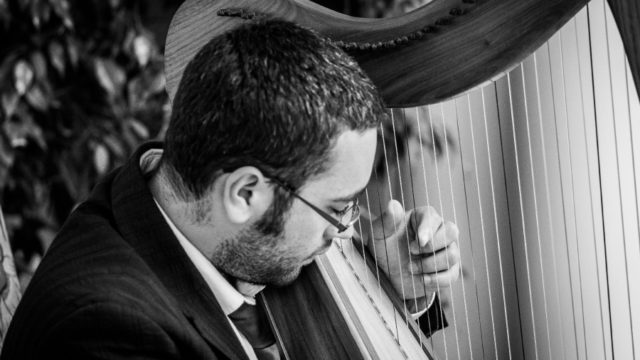 Ahmed is one of the finest performers of the Cuban Classical Guitar School. A multiple award winner, music producer and a sophisticated virtuoso on his instrument, he has performed at several prestigious venues such as the Royal Albert Hall and Queen Elizabeth Hall. 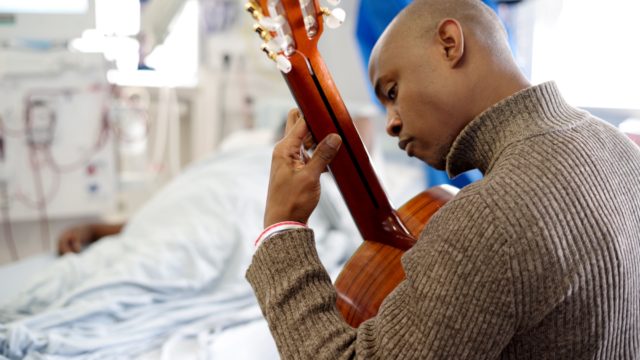 Listen out for our Resident Musicians in additional clinics, wards and community units on the day! 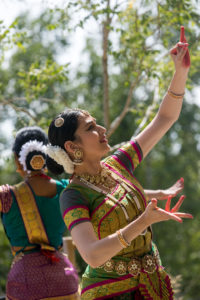 In this unique and special workshop, you will lay your hands on a beautiful lap harp, explore some of the basics and have fun learning to play two tunes. You don’t need any prior musical experience, and all of this happens in just 30 minutes! With 7 harps available, this workshop is first come first served! 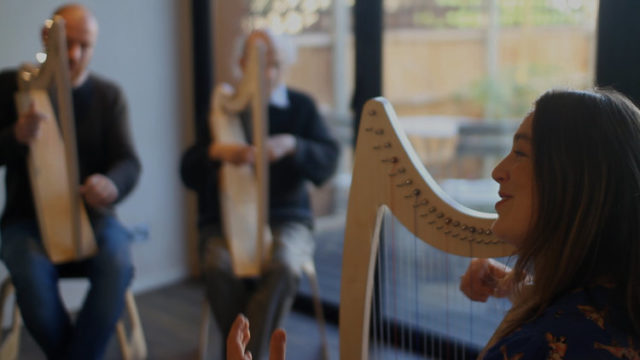 Liz invites you to contribute to a large-scale, collaborative artwork reflecting on the last 10 years, using a large roll of paper and assorted art materials. Stay for as long or as little as you want and experience the calm, inspiration and satisfaction of channelling your creativity in mindful drawing. 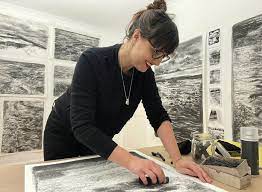 Artist Liz Atkin invites you to spend a few minutes with her in Tom’s Café as you enjoy a mid-morning coffee. She will meet and chat to customers, sketch-pad in hand, and create a unique artwork out of every interaction that is yours to keep. 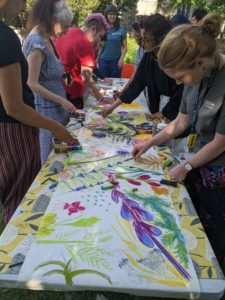