Volunteering at Breathe Arts Health Research - Breathe
Ally graduated last summer with a BSc Hons in Occupational Therapy. She currently is working in orthopaedics but has always been interested in working within paediatrics. Last year was her first experience volunteering at Breathe and at the Breathe Magic Camp. Continuing reading below to learn about her experience.

Hello, my name is Ally and I graduated this summer with a BSc Hons in Occupational Therapy. I am currently working within orthopaedics however I have always been interested in working within paediatrics but never got the opportunity to complete a placement within this area of practice. So, over the past year and a half I have tried to attend lots of CPD events, organised shadowing and networked with professionals working within paediatrics to gain as much experience and knowledge as possible to improve my chances of getting a job within this field in the future.

I attended the RCOT Children, Young People and Families (CYPF) conference in 2021 and was introduced to the Breathe Magic Intensive Therapy Programme by Breathe Arts Health Research (Breathe). This programme provides 2 weeks of intensive bimanual therapy to children with hemiplegia through the use of learning magic tricks. During the conference, they showed a video which demonstrated the bimanual improvements the young people made after just 2 weeks of camp, and had a former Young Magician (a previous participant) talk about their experience of the programme. I was amazed by the outcomes of the programme and the research base surrounding it and instantly wanted to know how I could sign up to take part. I made sure to follow Breathe Arts Health Research on Twitter in order to keep an eye out for any opportunities coming up. Luckily, they eventually posted that they were accepting applications for volunteer Magic Trainers for their summer magic camp, and I submitted my application that night and after an interview I was successful! 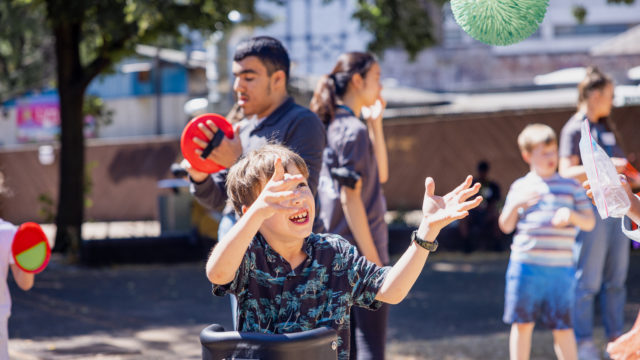 The magic camp ran for the first 2 weeks of August, Monday to Friday from 9-5. It was based in London, so I stayed in student accommodation with 4 other volunteer Magic Trainers for the duration of the camp. There were roughly 16 young magicians and 20 volunteer Magic Trainers, all of whom were either student occupational therapists (OT) or qualified OTs from all over the UK. It was great to meet so many new people all with a similar interest in working in paediatrics and everyone being so passionate about OT! Becca Fortescue and Rebecca Johnson are the Joint Lead Clinical OT’s who help deliver the programme and are both so knowledgeable about upper limb rehabilitation. They supervise the magic trainers throughout and advise them on how best to support the Young Magicians to perform a specific part of a magic trick or meet a particular Canadian Occupational Performance Measure (COPM) goal that was set prior to the camp. They helped encourage the Magic Trainers to think outside the box and ensure we were thinking of fun and engaging ways of working with the Young Magicians.

The magic camp is also run with the support of Magicians from the Magic Circle. All the Magicians are extremely talented and skilled in activity analysis and breaking down the magic tricks into achievable steps. Who knew Magicians and OT’s were so similar? We spent most of the time during camp learning the magic tricks and practising particular movements and sequences that some of the children were finding difficult, for example releasing objects from their hemiplegic hand or using their pincer grip to pick up smaller items. Even when we weren’t doing magic, we were still engaging in bimanual therapy by encouraging the Young Magicians to use both hands at every opportunity, for example during bimanual play. We did group parachute games, lots of variations of catching and throwing and learned circus skills from a circus performer like plate spinning, juggling, balancing and throwing the diablo and lots more.  Lunch and snack time was also a fantastic opportunity to work on the Young Magicians’ bimanual skills. We would encourage the children to use both hands when preparing and eating their food and also cleaning up afterwards. At the end of each day, we would also do activities of daily living practice where we would specifically work on some of the children’s COPM goals. A lot of the goals were surrounded around being able to tie shoelaces, buttoning and unbuttoning a shirt, using cutlery and cutting up food. However, there were also some more surprising goals like being able to do an uppercut and a serve in tennis. 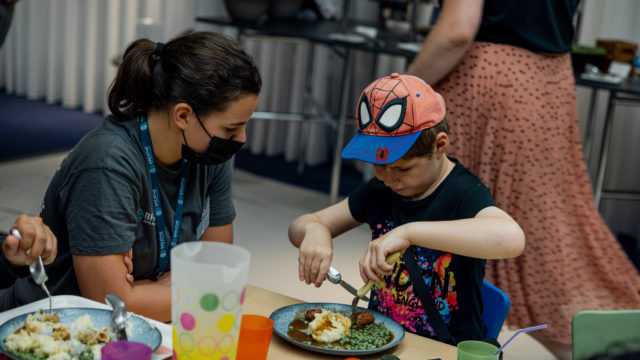 By the end of the 2 weeks, the Young Magicians put on a magic show for their family, friends and those associated with Breathe. I was unable to make the final show but heard there was not a dry eye in the room and the Young Magicians put on an outstanding performance. They even made their own outfits for the show during the camp and learnt how to sew. Even though I did not get to attend the final show I witnessed so many achievements and goals being met during those 2 weeks. I observed Young Magicians tie their shoelaces for the first time, be able to grate cheese, use cutlery, and tie buttons on a shirt! Not only did the Young Magicians improve their satisfaction and performance with their COPM goals but they blossomed and grew so much in confidence. I think the psychological and social changes the children made were the most noticeable for me. Their self-esteem improved, they were making new friends and were able to work in teams and problem solve and be able to show such kindness and support to each other.

I had the best time volunteering at Breathe Magic Camp and it is an experience that I will definitely never forget. I met the most amazing OT’s, Magicians and, of course, the fantastic Young Magicians. I loved the camp so much. I have already submitted my interest to volunteer again next year! It was the most amazing, magical way to gain experience with upper limb rehabilitation and I cannot wait to expand on that knowledge when I hopefully return next year. I would recommend anyone with an interest in paediatrics or upper limb rehabilitation to look at the programme and consider volunteering. You will not regret it! If you would like to know how to volunteer or find out more information please visit Breathe’s website, or register your interest here. Applications to volunteer for Summer 2023 are now open until Friday 24th February 2023.