Learning to breathe - Breathe
Breathe Arts Health Research, Founder and Managing Director and recent winner of the Women in Social Enterprise Award 2021, Yvonne Farquharson, reflects on setting up her own company creating arts programmes to improve health and wellbeing with Arts Professional.

It’s a decade since I founded Breathe Arts Health Research, and both the journey to get to there and the decade since have been tumultuous.  In all honesty, it is not wisdom and insight that got me there, it was blissful naivety, the belief that anything is possible and a heap of resilience and hard work.

While I was studying, I worked as a therapy assistant supporting an autistic boy. I followed set therapeutic guidelines but found that it was through creativity and the arts that he engaged most.

It sparked in me a deep passion to build a career in this space. As part of my Theatre Studies degree, I went on to specialise in the use of Shakespeare in prisons and psychiatric units.

My first job after university was answering helpline calls from viewers of This Morning. Although an unconventional foot into the world of TV, I spent the next three years moving from one freelance role to another at ITV and the BBC.

In TV, unless you’re the very best and willing to work harder than the next person, you simply don’t get the job. It instilled a work ethic that has stayed with me.

But I was craving a job that used the arts to make a difference on a societal level, so I applied for a role at Guy’s and St Thomas’ Charity as Performing Arts Coordinator. I distinctly remember walking out of the interview feeling worried that I had been too myself. The passion and excitement had been spilling out of me. But I got the job, which was a major turning point in my career.

I went on to develop various programmes across Guy’s and St Thomas’ NHS Foundation Trust to engage healthcare staff and patients in the arts as a way of improving their health and wellbeing. For work in this field to be taken seriously, we had to embed rigorous clinical research at the heart of everything we did.

Together with clinical specialists and academics, I launched a research study looking at the impact of teaching magic tricks to young people with hemiplegia – a one-sided weakness/paralysis caused by injury to the brain. The purpose was to develop their hand and arm function, in a creative way. It attracted a great deal of interest in the sector. 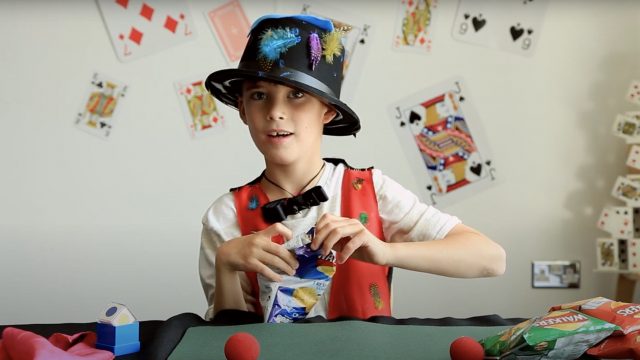 But, as a result of an organisational restructure, I was made redundant at that time and although my gut feeling was to continue in the field, opportunities were scarce.

I had a very strong vision to prove the value of the arts in healthcare on a scientific and economic basis. And I wanted the work to be commissioned so that patients and communities could access clinically proven arts and health programmes as part of the NHS. Not as ‘nice’ add-ons to conventional care.

Check out our programmes...

Breathe Dance for Strength and Balance