Lilli Murdoch, Digital Communications Officer at Breathe Arts Health Research recently spoke to Melodies for Mums SHAPER research programme participant, Ruth, about her experience with the study. Ruth talked to Lilli about what it was like being a new mother during the pandemic and how Melodies for Mums has improved her mental wellbeing.

Ruth became pregnant in January 2020, when things were still relatively undisturbed by the looming pandemic. She remembers being told by her Midwife in the early stages of her pregnancy that everything would hopefully have calmed down by October, when she was due to give birth.

Ruth was pregnant throughout the height of the pandemic, meaning she had to attend all scans alone. There were a few really frightening moments when she felt the foetal movements had reduced.

“The Midwives wept with me, whilst we were waiting to see if my baby was ok. They were all apologetic and clearly overwhelmed. I reassured them, and told them it wasn’t their fault, it was just a result of living within COVID-19 restrictions.”

Ruth is a teacher by trade but wasn’t allowed to return to work during her pregnancy, as she was deemed as high risk. This only increased the insurmountable feelings of isolation and loneliness, that stayed with Ruth even after her son Henry was born. Ruth spoke about how during the labour she just powered through and that it was more challenging for her husband, who wasn’t allowed to be with her at the birth. He was at home, worrying, as he had no idea if his wife and baby were ok. 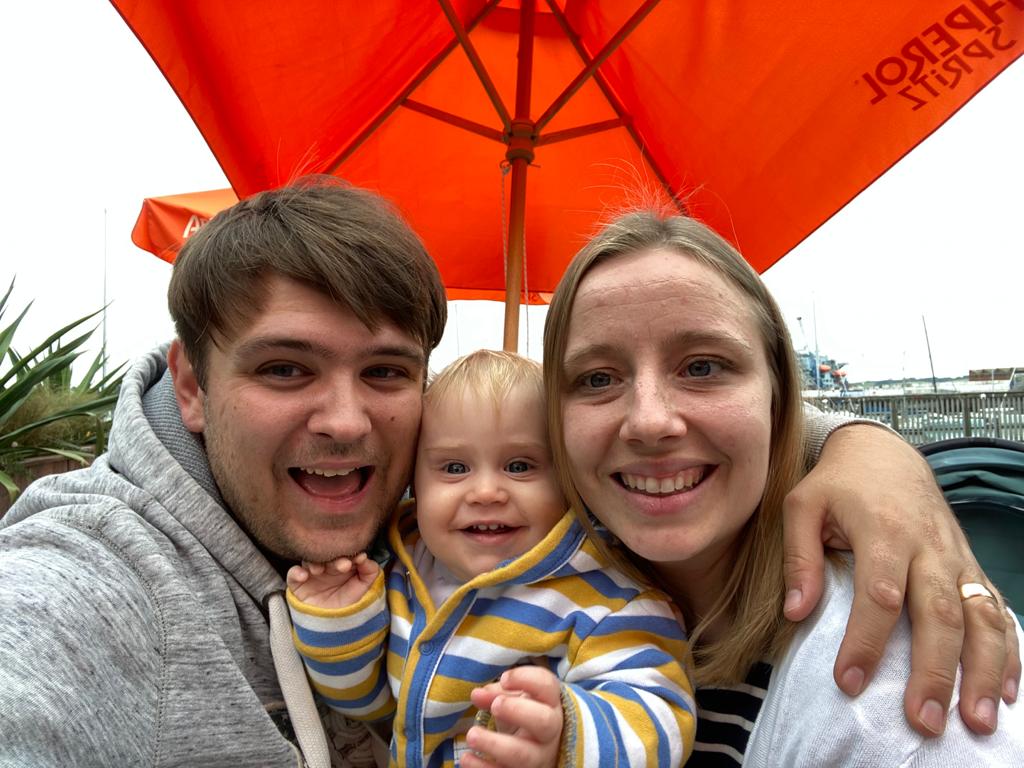 In normal times after giving birth, you would expect to be surrounded by loved ones. Ruth’s experience was completely different, of course no visitors were allowed to see her or Henry due to COVID-19 restrictions. However, things got even more complicated. Henry wasn’t even 12 hours old, when Ruth was notified by the Midwives that one of the other mothers, she had been in close contact with had tested positive for COVID-19. She was immediately moved to a room on her own as she wasn’t considered well enough to leave hospital yet.

"I had had lots of anxiety during pregnancy about the birth and scans etc, but I hadn’t thought about the postnatal period. I felt like I had been hit by a bus and suddenly realised I had no idea what to do with my baby"

“Firstly, I was quite happy to have a room by myself, with everything I needed close by. But then I realised I was completely alone, I wasn’t allowed any visitors, not even my husband. I had had lots of anxiety during pregnancy about the birth and scans etc, but I hadn’t thought about the postnatal period. I felt like I had been hit by a bus and suddenly realised I had no idea what to do with my baby. The Midwives were great, but they were completely overwhelmed and so busy.”

After a few days Ruth was finally allowed to go home, but on arrival she and her husband and days old Henry had to quarantine for 14 days. Ruth said it was one of the hardest things she has ever done in her life, due to not having the support from her friends and family in those first few weeks.

Then the winter lockdown hit.

“Normally when there is a new baby you have your friends and family around helping with cleaning and cooking, there was none of that. We had this beautiful baby we wanted to show off but couldn’t do anything about it. We had quite a few doorstep visits where we held Henry up like Simba from the Lion King, but that was it.”

After Ruth’s husband went back to work, this is when Ruth really started to feel the effects of being a new mother in the pandemic without any tangible support. She spoke about how everything had just become a mundane routine and how she found it difficult to find things to entertain herself and Henry throughout the days.

“I was at a point where I was feeling really isolated and alone, I couldn’t speak to others about how I was feeling. I tried to take part in some mum and baby groups online, but it wasn’t the same. I wanted to talk to other new mums and find new activities to stop Henry and I from climbing up the walls. I saw Melodies for Mums on social media and thought it would be something nice to do, as I have always had a love for singing. I used to sing in the choir at school and university. I didn’t initially sign up as I hadn’t been formally diagnosed with postnatal depression and was worried that I wouldn’t be eligible. But then I saw it advertised again and decided to fill in the forms and see what would happen. I wish I’d signed up sooner, as I really struggled during the winter lockdown.”

Despite not having had a formal diagnosis of postnatal depression, Ruth still decided to sign up to the research study programme. Ruth completed all the pre-screening questionnaires and interviews with the SHAPER research team and was found to be eligible.

“Melodies for Mums made me feel less alone, meeting other women experiencing similar challenges to me was really comforting. The singing gave me relief and something to look forward to.”

“The songs were easy to learn, and catchy. You didn’t have to have music or singing abilities to join in. We would have a chat at the beginning and after the sessions to see how we were all doing. I’ve really missed the sessions since the programme finished.”

Ruth explained how Melodies for Mums is different to other mum and baby groups she has attended, where usually the focus is on the baby not the mother; “Melodies was all about supporting the mum, that’s the way it should be.”

“Singing is like an endorphin hit just like exercise; it helps you with your mental health. I always felt better after Melodies for Mums no matter how I felt at the start. It broke up the same monotonous daily routine of changing nappies, feeding, and putting Henry to bed.”

Ruth explains how Henry also benefited from the sessions, how he loved the music and would bop around during the sessions and babble along to the music. Ruth thinks that the programme has benefited Henry’s language development.

“Melodies for Mums has definitely improved my wellbeing and in doing so, has made Henry calmer too. I still sing the songs daily, if he’s stroppy I’ll put the songs on to cheer him up.”

“I would recommend Melodies for Mums to any new mother. You don’t need to be good at singing; the songs aren’t difficult, and the group is supportive. Everyone is there to help each other. Melodies for Mums fills a gap, as there is nothing out there like it solely for mums who need this type of support the most.”

To find out more about our current Melodies for Mums programmes including dates, times and how to sign up, please click here or email us on M4M@breatheahr.org